Menu
Hire Us
LTR! Podcast Episode #32
Brought To You By - BOUTiQUE RETOUCHING

Retouching is only done by boring people hiding behind their screens? Wrong! Join in into todays hilarious conversation with Joseph Parry who is delighted to bring more fun to retouching, and, at the same time educates us on pitfalls on the path of becoming a more than solid retoucher. Joseph Parry is a freelance Fashion and Commercial retoucher based in the UK. He's worked for the likes of Superdry, Ted Baker, Fairfax & Favour, Danskin, Scholl, Gaviscon, Canon Deutschland and more. He likes music, video games, and the odd pint at the local pub.

In this Podcast:
Joseph Parry

Joseph Parry is a freelance Fashion and Commercial retoucher based in the UK. He's worked for the likes of Superdry, Ted Baker, Fairfax & Favour, Danskin, Scholl, Gaviscon, Canon Deutschland and more. He likes music, video games, and the odd pint at the local pub.

Josep Parry shares his story of being a touring a musician. One day, while on tour in the US, he bought a camera, and from there on his journey in the world of photography and retouching began.

We discuss the current state of retouching education and that nowadays there are lots of free resources from which you can learn retouching. Not all of these resources are of the same quality, and it is up to you making the decision what is right and what is not.

But how can you make such a decision?

We both agree on it is the best choice to go with people who are actually work in the industry and can help you learn real-life techniques and to solve real-life issues that you will be confronted with once you are working in this industry.

What Is Good Retouching After All?

Joseph and I both discuss what can be considered retouching, and sometimes it does not even to be much. On the one hand, a client may dictate what needs to be done, but then you are also hired for your experience.

It is incredible how much effect very few tweaks, but the right tweaks can have on an image!

We briefly touch on the marketing side of running a freelance business. Joseph was confronted with loving photography and retouching at the same time but made the conscious decision to separate the two and to market one service to a specific clientele. He did not want to be a photographer who also does retouching but being perceived as a professional, specialized retoucher.

A great retoucher is a visual surgeon, someone who understands the depth and complexities of an image and can make it as simple and enjoyable for your client as possible. It’s my job as a retoucher to remove any distractions tastefully, and invisibly, to avoid damaging the integrity of your beautiful work. 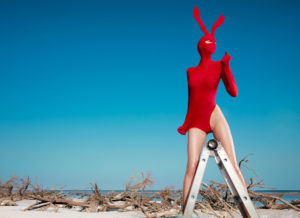