Menu
Hire Us
LTR! Podcast Episode #4
Brought To You By - BOUTiQUE RETOUCHING

Our Fake Tutorial The Aftermath Of The Dodge&Burn 2.0

On April 1st we have released a tutorial about a technique we called Dodge&Burn 2.0. Unfortunately, it was all fake and our April fools prank. BUT there was much more to it than it seemed. We would not have gone through the process of creating marketing material, a trailer video and offering a video tutorial as a digital download on our website just to mess with people. we wanted to prove a point!

Now that some time has passed I am thinking about how our April fools prank was perceived and I want to talk about the idea behind it and why we have decided to do it the way we did.

Before getting into the why let me tell you what we have done.

Just two days before April 1st, 2018 I started giving sneak peeks via social media that a new tutorial would be coming out on April 1st. Even though we always have been heavily invested in education there are not many tutorials done by us. There are a few YouTube videos but not in a format that would be sold as a full-featured retouching tutorial.

One reason for the lack of tutorials done is our focus on work. Putting in the time to create educational content is not easy and we have to be running a business here and our main business simply is digital post-production. Therefore, educational content often comes short.

Of course, we also published a course trailer on YouTube to make people aware of this amazing tutorial.

The video promises to learn about a new and unique technique developed by us and releasing it to the public for the first time as the technique formerly has been unknown to anyone else. Of course, this is a life-changing technique and a must-know.

We all want to get better, work faster, and make more money. So if this technique can make you a retouching god, you might want to learn about it, right?

The Course can be “purchased” on our website and is currently sold at a sales price of $0 USD. This is obviously a great opportunity to get some new educational content.

But wait, some might have been looking suspiciously at this tutorial. It was released April 1st?! But then, they did not have to pay for it either. The download package contains everything as promised. The video course and a Photoshop action with some help layers we included. Soooo, all good. No fluke and why putting in all the effort in producing the trailer, the tutorial, and making it available.

Still Got Some Questions?

So why would we announce a tutorial with such short-term notice?

And why would we give it away for free?!?

Well, we wanted to prove a point here.

And what was actually wrong with the tutorial?!?!?

Well, as all promise sounded to be too good to be true, it was. The tutorial was a complete fluke. While we used video editing techniques to make it look like it worked, in reality, all was fake and would never ever work as shown.

We have used our action of visible aid layers to create some changes in the image that were later swapped for a final image which then was displayed as the result of this magical new technique.

Some people at that point took notice of them being fooled, others have not. Which we have expected. In our purchase confirmation, everyone already got an info saying the tutorial was an April’s fool prank but we also expected most people not to read it.

Unfortunately, some people invested quite some time in trying out the technique without it working out and we are sorry for that.

Why We Fooled People With A Fake Tutorial?

First, it was April 1st and we wanted to pull off a prank. Being us we tend to do things a bit different here at Edgeworld Retouch than most other people. So it had to be a bit over the top.

Part of it was making it look real. With the announcement, the trailer video on YouTube and then an actual video tutorial with some extras delivered in the download package we have made it look as real as possible.

I know we have pulled some tricks here to convince people of the tutorials’ realness. So, even being April 1st people had enough reasons to believe this was legit. I mean, all the effort to just fool people? Why would people do that?

Why not releasing a real tutorial?

And this is a great question to ask! Why have we put so much effort into creating a fake tutorial and not a real one?

We acknowledge, there is a market and interest in learning. The reality often is that many who are qualified in teaching don’t have the time or the interest in teaching. On the other hand, many make teaching their business model. This often may contribute to making it harder to finding good resources, confuses people. Or, what also can happen is techniques and quality lacking far behind what is common in the working industry.

We wanted to prove the point here! How easily people fall for these marketing tactics used by some educational platforms to lure in customers: Re-naming techniques, re-package everything and selling it as something new and exciting, selling it to people who do not know any better. This approach I personally find rather disgusting! Its only purpose is using people to make quick bucks.

So, on one hand, we pulled off an April Fool’s prank but mostly this was to raise awareness of what is going on in today’s educational industry.

We really hope some people learn from this and may question companies in the future when they are offering quick solutions and promising easy and fast progress, all packaged neatly into their promotional material. 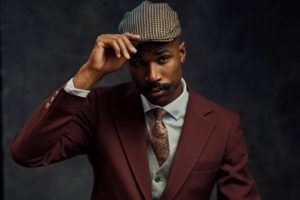